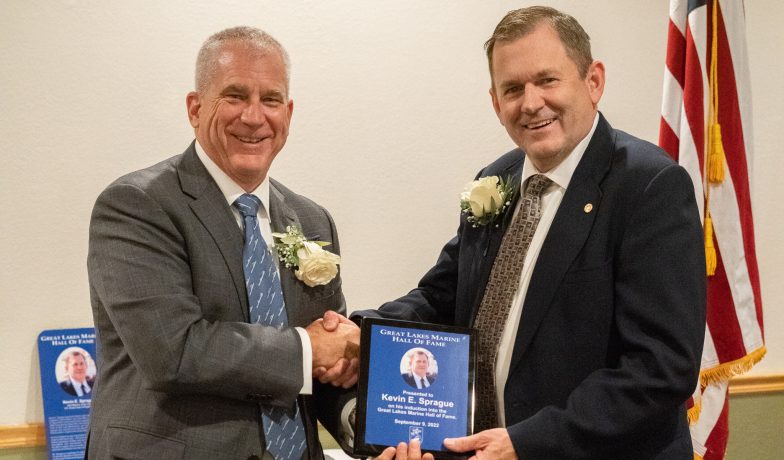 The Mariner of the Year awards honored Kevin Sprague and Captain Paul LaMarre, Jr. The award is given every other year alternating between U.S. and Canadian nominees.

Sprague served the U.S. Army Corps of Engineers for 30 years, most recently as the Soo Area Engineer for the past 12 years, until his recent retirement in June, 2022. He not only oversaw the daily operations of the Soo Locks, he managed the badly needed asset renewal projects on the Poe Lock and led the beginning of the new large lock construction.

Capt. LaMarre Jr. has followed in the footsteps of his great uncles Frank and William Hoffman, both masters of Great Lakes freighters in the early 1900’s. Through his position as the corporate treasurer and a captain for the Gaelic Tugboat Co. and Diamond Jack’s River Tours for over 45 years, he has touched nearly every aspect of the Great Lakes Maritime trade. Furthermore, he is regarded as one of the Masters of Great Lakes Marine Art of the 20th Century as he has been the “industry’s artist” for over 50 years, completing commissioned works for nearly every Great Lakes fleet. 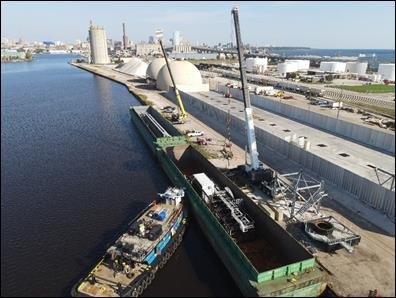 Ship loader equipment has been delivered to Port Milwaukee for The DeLong Co., Inc. agricultural maritime export facility. The ship loader is currently being installed on Jones Island and will... Read More 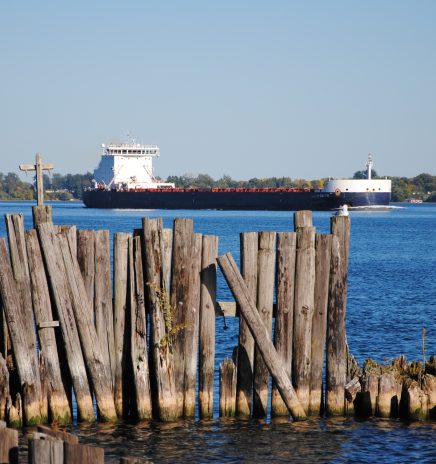 The Maritime Administration (MARAD) has announced the launch of a 16-month study exploring low carbon options for shipping on the Great Lakes. The research group, led by the International Council... Read More