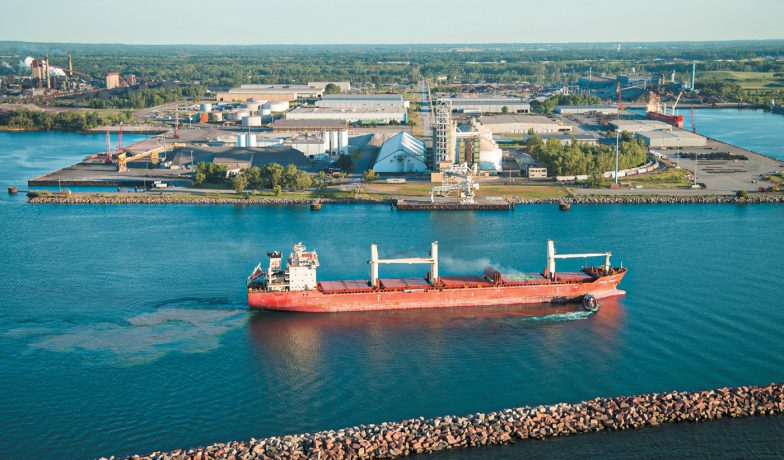 “Seaway users know they can rely on the waterway to meet their domestic and international cargo needs. While the world has dealt with two years of uncertainty, the Seaways performance demonstrates its continued resiliency as a maritime supply chain,” says Craig Middlebrook, deputy administrator of the Great Lakes St. Lawrence Seaway Development Corporation (GLS).

“At the Seaway, we continue to demonstrate our resiliency and operational sustainability,” says Terence Bowles, president and CEO of the SLSMC. He notes how the systems reliability has provided key support to both Canadian and U.S. economies throughout the pandemic.

The last commercial transits for the season occurred on Dec. 31 for the Montreal-Lake Ontario locks, Jan. 7 for the Welland Canal and Jan. 15 for the Soo Locks. The system maintained a 99.5% reliability rate, which is attributed to rigorous maintenance schedules. Together, SLSMC and GLS have invested C$902 million in modernizing Seaway infrastructure over the past decade.

Iron ore and steel products account for 10.5 mmt of the cargo. Increased demand for steelmaking kept the ships moving from the Minnesota Iron Range to steel mills in the lower lakes. Iron ore also moved to Quebec where it was transshipped to meet international markets.

The Port of Monroe saw a significant uptick in steel coils. Vessels from McKeil Marine made frequent visits to the Riverfront dock, built in 2017. In 2021, the port topped 2 million tons of cargo, more than 400,000 tons above its five-year average.

Although grain represents more than 25% of the Seaway’s annual tonnage, 10.60 mmt, it falls just short of the 2020 extraordinary total. In both the U.S. and Canada, grain exports were impacted by droughts in the western states and Canadian prairie.

Because of that drought, a rare inbound load of wheat was shipped from Richardson’s Current River elevator to the Port of Thunder Bay. Final delivery was made to Manitoba to feed cattle at the region’s drought- and heat-stricken farms. Outbound grain at Thunder Bay is a mainstay, representing 84% of its 2021 cargo flow.

Agricultural exports decreased compared to 2020, but the system continued a dependable supply chain for getting soy, wheat, canola, corn and other grains to global markets. A bright spot in 2021 was the rebounded soybean harvest, which was decimated in 2019.

Petroleum products and other essential chemicals are rebounding to pre-pandemic levels, up about 5% in 2021. Cargo like stone, cement, potash and aluminum also increased over the season.

Project cargo is always a highlight. Whether offering high tonnage or just impressive dimensions, the industry specializes in moving the heaviest and largest. One example is the $55 million, 170-ton gantry crane hauled from Manitowoc, Wisc. , to the U. S. Naval base in Portsmouth, Maine. The KONEcrane is in use at the shipyard that helps maintain the country’s fleet of submarines.

Another big move involved a bridge. In May, the western half of Toronto’s Commissioner Street Bridge transited through the Seaway locks, traveling from Dartmouth, Nova Scotia to Toronto’s waterfront. The eastern half transited in August. The bridge is 152 meters in length and is just one of four bridges that are part of a C$1 billion sustainability project designed to protect Toronto’s port lands from excessive flooding.

A new container service launched out of HOPA Ports in 2021. Hamilton Container Terminal is partnering with Desgagnes to move boxes out of the Greater Toronto Area, where roadway trucking congestion is a primary concern. Bound for the Port of Montreal, the service exports products such as steel, agriculture and lumber.

Spliethoff’s Cleveland-Europe Express (CEE) added a ship and port stops in 2021. The second vessel, Peyton Lynn C., increases capacity to move boxed cargo between the Great Lakes/Seaway and Europe. The Port of Cleveland is the anchor port for CEE. According to David Gutheil, chief commercial officer, the port moved more containers in 2021 than any other season.

“The port has experienced a significant increase in container activity due to the challenges of the global supply chain,” Gutheil adds. “We proved that Cleveland is a viable option for cargo owners who are looking for alternatives to traditional routings through large, coastal ports.”

The Port of Duluth is gaining maritime container clearance approval through U.S. Customs and Border Protection. Recent investments in infrastructure are positioning the port to enter the container market as an intermodal hub.

“We’ve been nurturing this potential for a while, and were excited to see it coming to fruition,” says port executive director Deb DeLuca. “Considering the significant congestion and delays occurring at some coastal ports, we provide a fluid alternative for containers to move inland and bypass those coastal bottlenecks.”

With global growth expected to exceed 3% in 2022, shipping experts are encouraged. However, after two seasons of unimaginable impacts from Covid-19, attention is more focused on innovation and diversification than business as usual.

Ports are improving infrastructure. Fleets are investing in upgrades and new ships are delivering. Shippers are more open to new trade patterns as the coastal ports have become bottlenecked.

Improving economies have businesses looking for ways to expand services. According to Douglas Porter, chief economist and managing director of BMO Financial Group, markets are expected to see robust growth again in 2022. The Canadian economy could grow 4.5% and the U. S. 3.5% over the year. Economies in countries like India and China could grow by 8.5% and 5.5%, respectively.

The Great Lakes/Seaway region’s strengths lie in tight trade linkages and strong labor markets, Porter adds. A primary challenge is the disruption of cross-border flows caused by the pandemic.

The system’s stakeholders are accustomed to challenges and triumphs. As the 2022 season begins, most are hoping that the work put in over 2020 and 2021 will build momentum as new projects and partnerships begin to translate into cargo and expanded services. 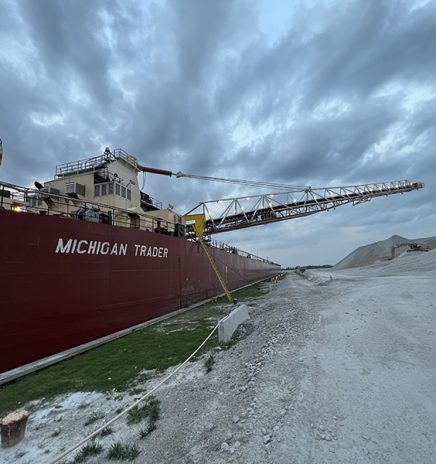 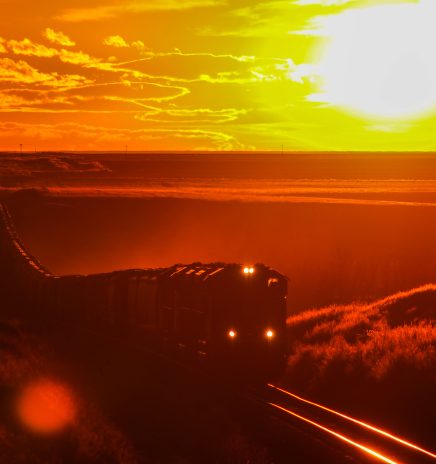